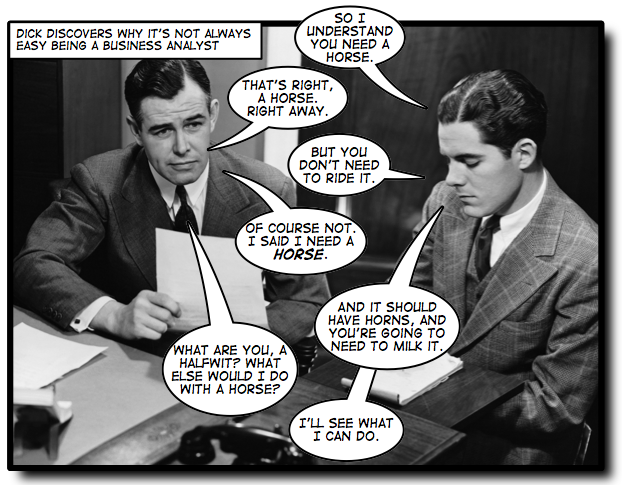 Before I dive into an answer to that question, let’s rewind a little bit and talk about where user stories came from. I like them because they’re a great example of how the Agile movement changed the software world. Programmers used to just dive right into software projects and start coding. Whenever one of those pesky users started to tell us what they needed, we’d stop them and say something like, “Don’t worry, I totally get it. I know what you need.” The Agile folks figured out that “I know what you need” is a nasty little trap that programmers â€” especially good ones â€” fall into. We’d spend the whole project thinking that we understood our users’ needs, only to deliver software that they didn’t want. The Agile folks realized that if developers had to start working with users throughout the project to understand their needs if they wanted to avoid the code-and-fix trap.

And that’s why I think the user story is one of the most useful tools to come out of the Agile movement. A user story â€” some people call it a scenario â€” expresses one very specific need that a user has. It’s usually written out as a couple of sentences. Most user stories are written in the language of the users, so any user should be able to read a user story and immediately understand what it means. A lot of time, user stories are written on index cards, although I’ve put them in Word documents, Excel spreadsheets and Wiki pages (depending on how the particular project is run). 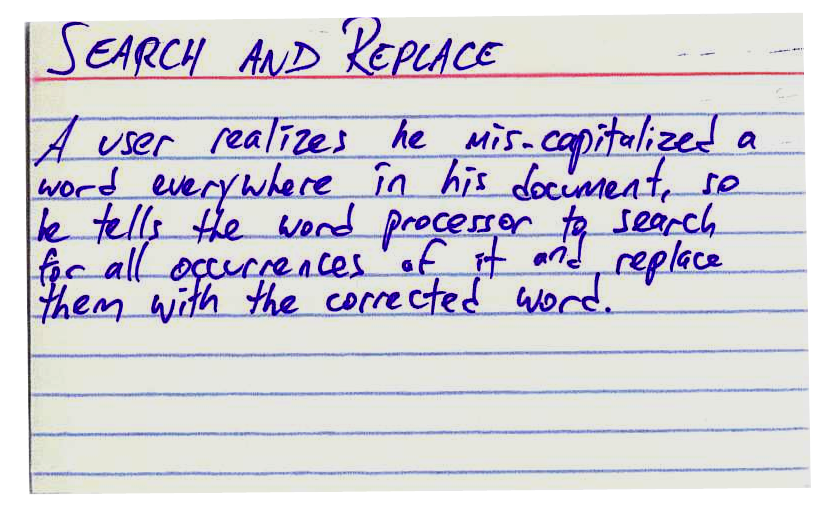