Jennifer Greene and Andrew Stellman have been building software and writing together since they first met in 1998. Their first book, Applied Software Project Management, was published by Oâ€™Reilly in 2005 and received widespread praise from both working project managers and academic researchers. Their second book, Head First PMP, was released in March 2007. ItÂ almost immediately became one of the top selling books from O’Reilly, and is still among the bestselling project management books today. Their booksâ€”aÂ total of five books together so far, including two with second and third editionsâ€”have sold hundreds of thousands of copies, and have been translated into manyÂ languages and sold around the world.

Andrew and JenniferÂ founded Stellman & Greene Consulting in 2003, providing software developmentÂ services and training to both companies and individuals. Andrew and Jenny continue to write books, presenting at conferences, and giveÂ back to the management community any time they have the opportunity to do so.

Jenny and Andrew want to help you build better software, whether that means helping you learn better ways to design and build code, adopt better practices, get a better handle on quality, or better understand your user. That’s why they love writing, and it’s what they love writing about. 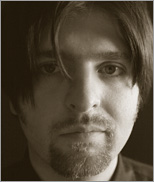 Andrew Stellman is a developer, architect, speaker, agile coach, project manager, and expert in building better software. He has over two decades of professional experience building software, and has architected large-scale real-time back end systems, managed large international software teams, been a Vice President at a major investment bank, and consulted for companies, schools, and corporations, including Microsoft, the National Bureau of Economic Research, Bank of America, Notre Dame, and MIT. He’s had the privilege of working with some pretty amazing programmers during that time, and likes to think that he’s learned a few things from them. 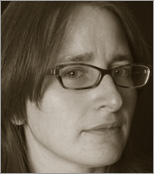 Jennifer Greene is an agile coach, development manager, business analyst, project manager, tester, speaker, and authority on software engineering practices and principles. Sheâ€™s been building software for over twenty years in many different domains including media, finance, and IT consulting. Sheâ€™s worked with teams of excellent developers and testers to tackle tough technical problems and focused her career on finding and fixing the habitual process issues that crop up along the way.